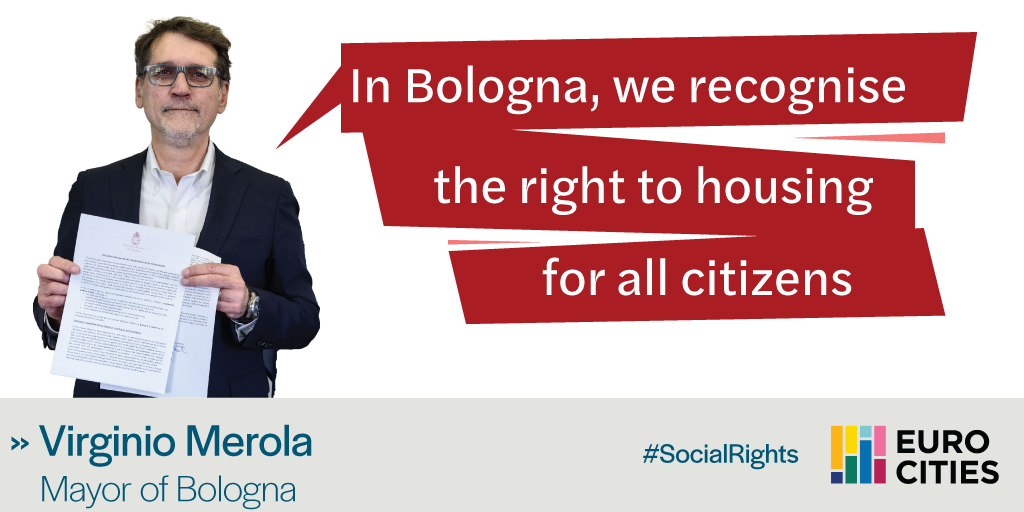 On 29 March 2019, Bologna became the 22nd city to sign a pledge to the European Pillar of Social Rights. Mayor Virginio Merola signed a strong commitment to principle 2 on gender equality and principle 19 on housing.

Bologna is committed to build a community welfare system with clear priorities for 2016-2021.

As such, Bologna pledges to combat gender violence and improve gender equality by:

To improve access to adequate housing, Bologna pledges to:

Virginio Merola, Mayor of Bologna, stated: Bologna firmly believes that a truly strong, sustainable, socially and economically just Europe is possible by placing people and their wellbeing at the top of the agenda.

Principle 19: Housing and assistance for the homeless
Principle 2: Gender equality