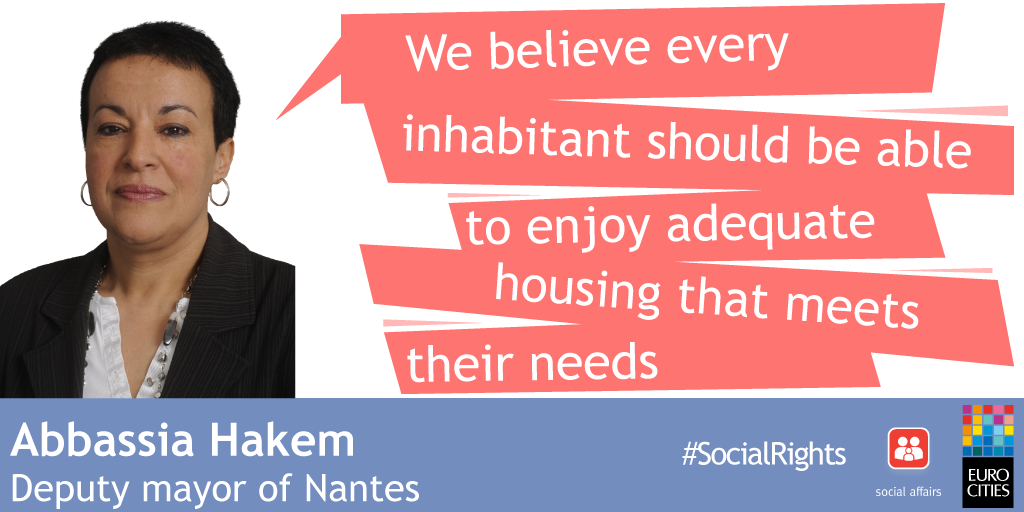 On 21 February 2019, Nantes became the nineth city to pledge to the EU Pillar of Social Rights. Deputy Mayor Abbassia Hakem signed a strong commitment on principle 19 on housing and assistance for homeless.

Nantes is committed to improve access to adequate housing by:

With these goals in mind, Nantes will invest in Housing First in 2019-2025 to provide:

Nantes is investing €1 million to fight homelessness through innovative measures such as by helping people living in highly precarious conditions to take part in the construction of their home while at the same time accessing measures for active support to employment and social inclusion (Igloo project).

Nantes’ Deputy Mayor Abbassia Hakem said: “Each inhabitant should be able to enjoy housing that meets their needs without being excluded from town centres and access to services. In Nantes, we are committed to make the principle of living together cohesively a reality and a constant goal for our city”. 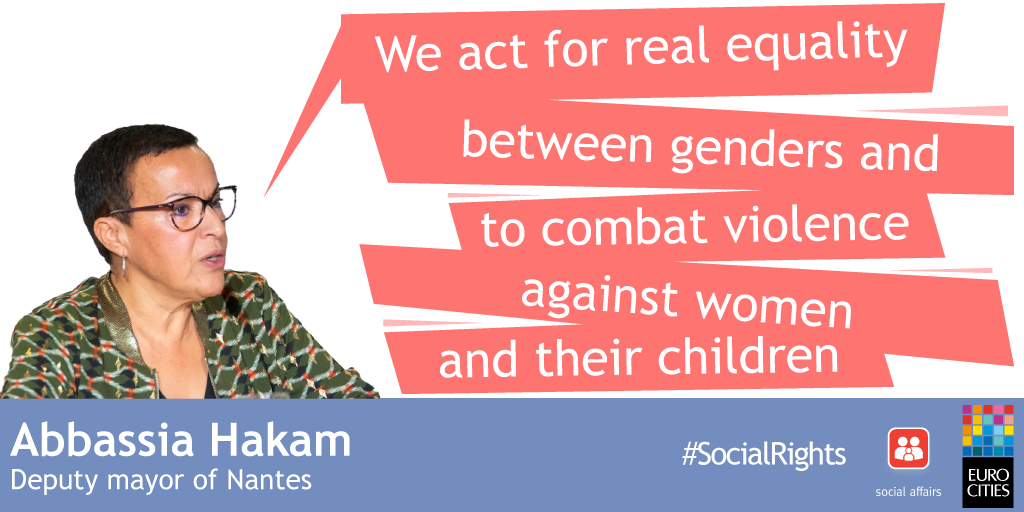 On 23 March 2020, following the city’s previous pledge on housing and homelessness, the mayor Johanna Rolland signed a new pledge to the European Pillar of Social Rights dedicated to principle 2 on gender equality.

With this new pledge, Nantes is determined to promote gender equality by:

Since then, concrete measures have been taken in multiple fields such as for:

Nantes is also committed to combat violence against women by opening a post-trauma consultation center for women victims of violence with a budget of around €1 million euros. The center called Citad’elles is providing medical, psychologic and material assistance for women victims of violence and children who can be collateral victims. The center is also intended to become a resource and coordination place for professionals and associations in the city. It was opened in autumn 2019, immediately after the city pledge was made public.

With this pledge, Nantes expresses its will to work for the promotion of real equality between gender and build awareness as well as assist women victims of violence.

Principle 19: Housing and assistance for the homeless